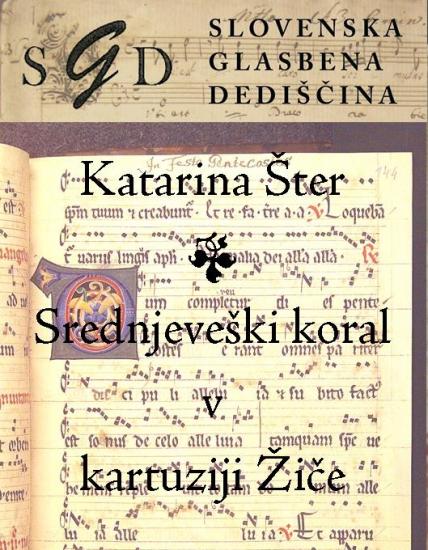 
The historical relevance of the Žiče Charterhouse for the Chartusian order as well as for European history may well be recognized from the music manuscripts, preserved till today in the Žiče Charterhouse. The most valuable of the preserved manuscripts is the one dated from the end of the thirteenth century which is kept in the University Library of Graz under the shelf-mark 273. The manuscript no. 273 is one of the oldest almost fully preserved antiphonaries containing the preserved scripts of the office of Chartusian order. The monograph is also aiming to define the role and place of the antiphonary in the Chartusian monastic tradition of medieval Europe. The presentation of the oldest antiphonary was initiated by analyzing the liturgical content and of musical notation and text and by making comparisons with similar manuscripts. The details on how the melodies of Gregorian chant from the music manuscript no. 273 were sounding in Žiče may largely be obtained from the comparisons with the subsequent antiphonaries of Žiče.