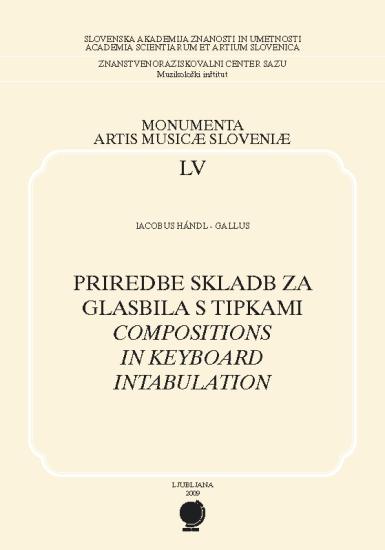 
About 450 keyboard intabulations of vocal works (motets, moraliae, and mass movements) by the foremost Slovenian Renaissance composer Iacobus Hándl - Gallus have been preserved in about 60 manuscripts dating from the late 16th century to the second half of the 17th century. The compositions were intabulated for various purposes. The present selection contains all currently known compositions of this type that were clearly created for the purpose of solo performance. The editor and translator of intabulations into modern notation is Marko Motnik, organist and musicologist.

price
not for sale