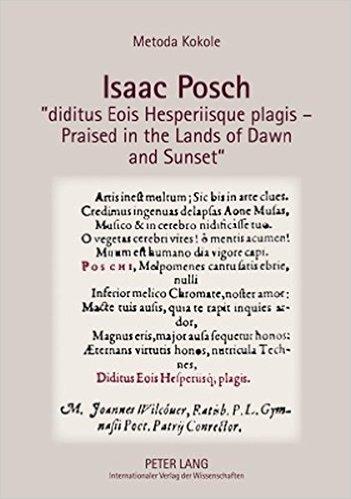 
Isaac Posch (c. 1591-1622/23), “praised in the lands of Dawn and Sunset”, was an intriguing early seventeenth-century composer, one of those still little-researched Kleinmeister who forged the musical culture now considered as a European heritage. Between 1618 and 1623 Posch committed to print in Regensburg and Nuremberg three musical collections: two of instrumental dance music and one with small-scale Latin concertato motets. The dances of his print entitled Musicalische Ehrenfreudt were intended for actual dancing, a practical aspect that the book also considers. Taken as a whole, Posch’s music constitutes a most interesting instance of the merging of elements taken from various European styles: German, Italian and even English. This monograph is a revised and enlarged English version of the Slovenian original, first published in 1999 and based on the author’s award-winning dissertation at the University of Ljubljana.


price
for sale in the bookshop Azil