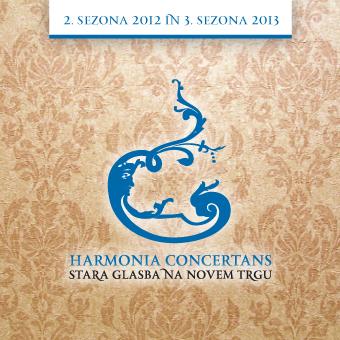 
The CD offers selected compositions recorded during the second and third seasons (2012 and 2013) of the early music concerts that take place at the Atrium of the Scientific Research Centre of the Slovenian Academy of Sciences and Arts on New Square no. 2 The cycle is organised by the society Harmonia Antiqua Labacensis Research and the Scientific Research Centre SAZU in collaboration with Radio Slovenia. A number of pieces on this CD are linked to the geographical area of Slovenia and have not been available till now as recordings made from specially prepared materials. These include a sacred dialogue by Carlo Grossi from the archive of Koper’s Cathedral, an anonymous cantata from the mid-18th century from the music fund once belonging to the family of Attems from Slovenska Bistrica and an early version of Stanko Premerl’s string quartet. Recorded for the first time are also compositions by Marco Ucellini and Bedřich Smetana (in the transcription of Josef Löw).

price
not for sale